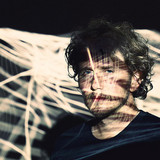 Composer, producer, sound engineer and musician, his various collaborations extend from classical music to avant-garde. Showcasing versatile and highly productive talents David Chalmin has quite an impressive repertoire as a producer and recording engineer. Stretching from classical music to avant-garde, Chalmin has worked with Shannon Wright, Thom Yorke, The National, Katia & Marielle Labèque, Bryce Dessner, Barbara Hannigan, Matt Elliott, The Third Eye Foundation, Zu, Angélique Ionatos, Gaspar Claus, Richard Reed Parry or Efterklang. Alongside his studio efforts, he’s an accomplished composer and musician. In 2019, he writes 2 pieces, one for organ (Variations Festival Nantes), and another one for 100 pianos (Paris Philharmonie). In 2017, he was commissioned by the Fondation Singer-Polignac and the Festival de Pâques de Deauville to write a piece for Baroque Ensemble and electronics. The same year, he wrote the original music for Madonna's short film "Her Story" filmed by Luigi & Iango. If the genres Intelligent Dance Music (IDM) and Berlin School seem to be the most obvious way to present his compositions, they’re not sufficient to describe the variety of this album “La Terre Invisible” as it also contains industrial or classical inspirations. One thing is certain though, David Chalmin can proudly place his first solo album next to the likes of Jon Hopkins, Pantha du Prince or Andy Stott, for his contemporary approach of dancefloor music.