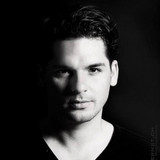 Carlos Russo started DJing when he was only 13 years old. With the age of 18, he already was one of the most booked DJs in Switzerland. He played in clubs like Kaufleuten, Pravda Club, Liquid Club, D! Club, OXA, The Loft, Club Q, Kettenbrücke - to pick out a couple of them. As a DJ he also played for very famous event labels like Ministry of Sound, in Bed with Space, RED Sessions, Circoloco or Freakish on MTV.   In 2008 he started to produce his own music because he wanted to reach people all over the world with his music. Carlos Russo‘s first single “Massive Joy” was a big success in 2008. Many radio stations and DJs played it worldwide. Thomas Gold, Big World & Denis The Menace remixed this wonderful summer song and made it even more popular.   With his second single called “Endless Love” in 2009 and the remix by Leventina he already stormed the Beatport house charts for the second time and got played in famous radio shows like Defected Radio, Toolroom Knights Radio or Release Yourself by Roger Sanchez.   In 2010, Carlos Russo founded his first of four own record labels called MJOY Records, where he released many new singles and he begun to grow his label day by day. On this label he released songs by Matan Caspi, Alex Kenji, David Penn, The Cube Guys, My Digital Enemy, Milk & Sugar, Tune Brothers and many more.   Nowadays Carlos Russo and his aliases released over 1’000 songs on the digital download market and he already founded 4 labels for different styles of music.