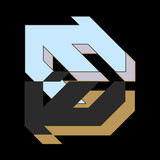 The style they play is indie, indie rock, postgrunge. The band played at numerous venues in Kiev and all over Ukraine, took part in loads of local events and participated in Summer Sound festival in Odessa which was headlined by Miles Kane, UNKLE, Timo Maas, Kosheen, etc. MW pay attention not only to high quality of music, but also to performance. They have created unique art-festival Art-Bridge, where they combined their music and visual art and also became the only band in Ukraine who presented fantastic 3D Spherical Show On December 17, 2015 the new single called "Bullet" was released. 26th of october 2020 band was released EP "Angry Kid" with new members on bass and drums, and new format like a trio. The EP is a synergy of four songs, each of which tells its own part of one story. Stories about a crazy and bloodthirsty world that surrounds and attacks each of us. Heavy boots marching in a destructive cycle of armies leave behind only dust, ashes and the dreary howl of sirens (Alarm). But even in this ashes, like Phoenix, new generations will be reborn. Generations of adults with the hearts of angry children (Angry Kid), desperately trying not only to survive, but to preserve and hold in themselves at least something light and truly valuable, while life carries them, like the turbulent current of the black river (Waterfalls), hitting stones and circling in the whirlpool of events.