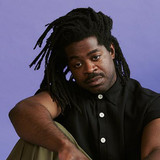 R.LUM.R has a background and set of skills like few others. He grew up with the likes of Julian Bream and Christopher Parkening as potential role models. He was completely enamored with anime classics like Cowboy Bebop, Fullmetal Alchemist and Outlaw Star and studied Japanese as a second language at Florida State University. He and his school friends listened to The Dark Side of the Moon on repeat play as they slept, and he spent his youth listening to an eclectic mix of Prince, Debussy, Sneaker Pimps, Ravel, Maxwell and Massive Attack, among many others. His arrival on the scene was not sudden: with just an acoustic guitar, his voice, and growing number of original songs, he put together some early recordings in Florida, performed live and started to develop a following. Over the course of the past couple of years, his approach to songwriting—and overall sound—began to evolve with the inclusion of electronics and with it came the creation of R.LUM.R and eventually, a move to Nashville. Now ROLLING STONE has dubbed him “An Artist You Need To Know,” called him “a buzzing RnB star on the rise” and described him as “a singer-songwriter armored to compete in a world dominated by trap and EDM.” His music has a sense of warmth and an undeniable soul that instantly connects with listeners. And as the stunning success of his hugely impactful lead single “Frustrated” and debut EP AFTERIMAGE (PRMD) portends, there’s much more to come.