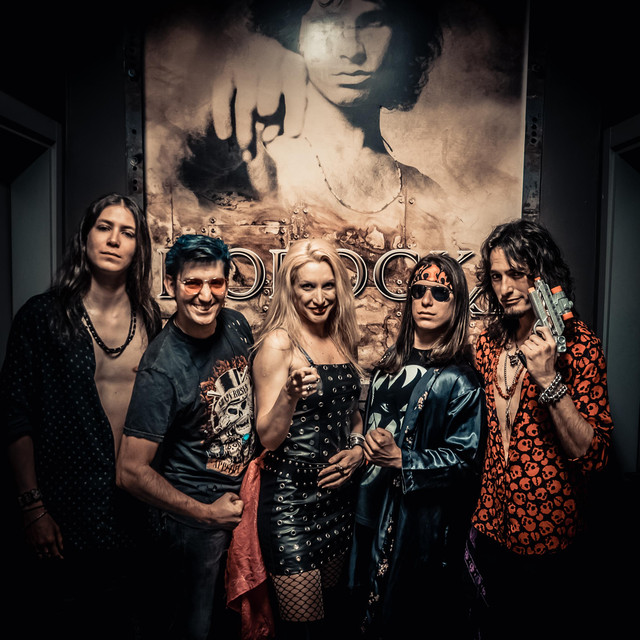 Female fronted THE MADCAP have arrived to remind us of the fun in rock ’n’ roll! They are bringing on a new era of glam - with joyful songs, talented musicians, a brilliant singer and capturing stage performances, paired with glamorous colorful costumes, long hair and an overall flowing energy. The band was originally formed in May 2015 and that same year they made it to the semifinals of the TV Show Rising Star 2015. One year later, in the semifinals of Rising Star 2016, the single "Stepped On A Lego” was launched, when they were invited to the show as guest act. In the Hard Rock Rising, a global music contest hosted by well-known chain Hard Rock Café, The Madcap got the votes from both jury and audience and won the Hard Rock Rising Local Champion 2016 title, The album was written by lead guitarist Deniz Sayman, with several contributions from lead singer Izgi Gültekin. Some of the other songs of the album, such as ”Aces In My Hand”, ”Stepped On A Lego” and ”Rock N’ Roll Revolution” have previously also been released as singles/music videos. During the years they have performed at various festivals, including - the Zeytinli Rock Festival 2016, where they did a show in front of 30.000 people. The band also played at the Çukurova Rock Festival 2017, the Kuşadası Youth Festival 2017, 2018, Zeytinli Rock Festival 2017, 2018 and much more. Now they are ready to take their ”Rock N’ Roll Revolution” all over the world!