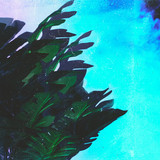 While the world was shut down in 2020, Social Order was formed. A collaboration to combat isolation and generate purposeful creativity, Social Order gelled into a band with a post-punk aesthetic and an anthemic sound. Starting as a trio with vocalist/guitarist Mason Musso (Metro Station), bassist Matthew Di Panni (The Mowgli’s), and drummer Anthony Improgo (Parade of Lights), the group added guitarist/keyboardist Andrew Ward (Nuwave Fighters) after working with him on videos for two of the songs they released last year. "I like telling stories," Musso says, "if the stories hit people in a positive way, or makes you think, then I've done my job. That for me is the ultimate reward in creating music.” For its first release of 2021, Social Order added All-American Rejects guitarist Nick Wheeler as a co-writer on “Chastity”, which explores themes of longing for a physical and emotional connection. Writing, recording, producing, and mixing their own material, Social Order has become a self-contained unit--even handling all their own video production and digital visual content. “It started out of necessity,” explains Musso,”but we kept it going because it felt energizing to be creative in all aspects of what we were doing, especially during these unprecedented times.” With more songs coming this year, an EP in the works, and plans to play live for the first time this fall, Social Order are ready for the next phase in their evolution and excited for the journey.