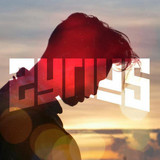 Zyrius is a Tropical-House, Deep-House, Future-Bass & EDM Artist from Duesseldorf, Germany. His musical journey starts in January 2019 with the release of a Tropical-House Cover of 'Closer' featuring the German Singer Debbie Otten (from Gelsenkirchen, Germany), which was originally sung by the Canadian Singer Amanda Cook. In July 2019 he teamed up with the Singer & Songwriter Jayde Yang and the Producer Joel Ramos (from Duesseldorf, Germany) to release their Track 'Stars', again with some Tropical-House and giving you those Summer Vibes. 'The One and Only' was the first Future-Bass Project by Zyrius, which was released on February 2020 featuring the upcoming Singer & Songwriter Lea Aptekar (from Gelsenkirchen, Germany). In May 2020 Zyrius teamed up with the Producer & Artist Dawilk (Berlin, Germany) to produce and release the Tropical-House Track 'Hold On to Me'.