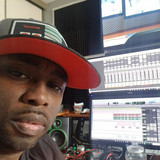 Jikmuzik is a Brooklyn , NY born multi genre music producer with Jamaican parents that surrounded him with Jamaican culture and music . It was at the age of 14 he found his passion for music by watching his cousin's and Uncle's djaying at family functions , which inspired him to also wanna dj . But he didn't stop there , he furthered his passion by wanting to produced the music that he loved so much . He started discovering different ways and means of putting sounds together to make beats , and started to record his friends who also were interested in making music . In 2006 he moved to Atlanta Ga , to pursue his passion by working for a brand new recording studio called Scotch Bonnet Studios , there is were his talent grew into being the multi genre producer he is today , he worked with artist like Jim Jones , Mya , Jimmy Cozier , Nappy Roots , just to name a few . In 2011 he decided to part ways with Scotch Bonnet and started his own production company called JikMuzik Productions . In 2017 he produced a compilation of artist on a instrumental called the Game Ova riddim , which turned out to be a hit in the Reggae Dancehall community , it was embarrassed by some of Jamaica's top djays and radio disc jockeys . In 2018 he produced another hit song "Highway" by Chizzy Bashment ft Zj Prapa which hit number 1 for 20 weeks on the Canadian Reggae Charts . JikMuzik has been continuing to put out quality music since and plans to continue to do so in future projects as well .