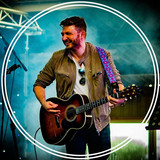 The Beginning Almost inevitably, Peter Donegan has been performing since the age of five, given that the ‘ Godfather of British Rock n Roll ’, ‘ King Of Skiffle ’, the late Lonnie Donegan , is his father. Lonnie inspired every British Invasion band from The Beatles to Led Zeppelin . Now. Peter has broken out on to the Country Music scene with his much anticipated E.P, “ Superman ”, recorded in Nashville, TN. USA , which gained such reviews as “If you like Eric Church, try this!” ( justlistentothis.co.uk ). This album got the attention of Country2Country festival - London where he was an immediate hit and that lead to Peter being scouted by The Voice UK, where he became a member of Sir Tom Jones ’ team, securing a viral duet with Sir Tom of one his biggest hits, a song, written by Peters late father – I’ll Never Fall in Love Again. Peter released his album - ‘LIVE’, recorded at the old Decca recording studios, London. This album received rave reviews such as “... this album is almost unparalleled...” ( americana-uk.com )

As a scholar of the Buddy Holly Educational Foundation, Peter has just finished another successful Buddy Holly Songwriting retreat in Lubbock, TX . He wrote songs with legends such as Sonny West (composer of most of Buddy Holly’s hits including ‘ Rave On ’) and Mark Nevin (Previously of Fairground Attraction and composer of ‘ Perfect ’). All of these songs plus many more are being compiled and ready for Peter’s next album.