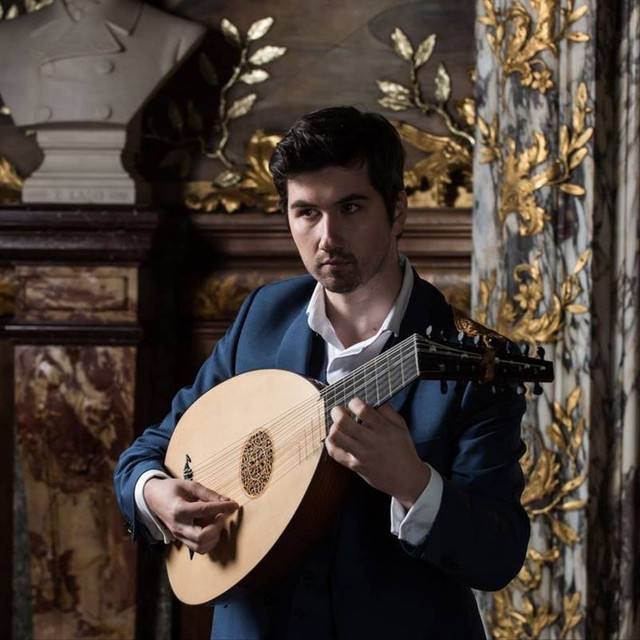 Lutenist Thomas Dunford has an unusually broad range of experiences as a solo recitalist, chamber player, and ensemble leader. He is a longtime member of Ensemble Marsyas, where his interests extend to jazz as well as classical music, and he directs the ensemble Jupiter, which he founded. Dunford was born in Paris in 1988. He took up the lute at age nine. At the Conservatoire Supérieure de Paris, he studied with Charles-Edouard Fantin and won the school's first prize honors in 2006. Dunford went on to the Schola Cantorum in Basel, Switzerland, where he studied with lutenist Hopkinson Smith and took master classes and workshops with top lutenists, including Julian Bream, Paul O'Dette, and Rolf Lislevand. He received a bachelor's degree from the Schola Cantorum in 2006. By that time, Dunford was already finding performance opportunities. Between 2003 and 2005, he played the role of the lutenist in a production of Shakespeare's Twelfth Night at the Comédie Française. Since then, Dunford's career as a recitalist has been international. He has appeared at Carnegie Hall in New York, the Palau de la Música Catalana in Barcelona, and Wigmore Hall in London, among other top venues, and has appeared as far afield as China, India, and Chile. Dunford is a familiar figure at European festivals, and he has appeared with major European early music ensembles, including La Serenissima, Capriccio Stravagante, and Les Arts Florissants. He has been a member of Ensemble Marsyas, formed in 2011, and in 2018 he established the ensemble Jupiter, consisting mostly of young musicians. Dunford has recorded for the Alpha, Hyperion, and Wigmore Hall Live labels. In 2019, with Jupiter, he released the album Vivaldi on Alpha, featuring instrumental and vocal selections. BBC Radio has called Dunford "the Eric Clapton of the lute." He continues to reside in Paris.