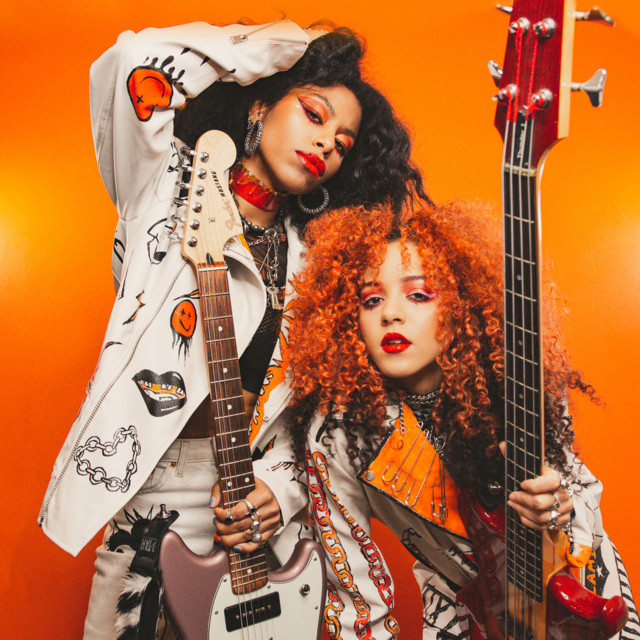 London duo, Nova Twins’ debut album ‘Who Are The Girls?’ is out now. Produced with Jim Abbiss (Adele, Kasabian, Arctic Monkeys) on Jason Aalon Butler’s (Fever 333) groundbreaking new artist collective, 333 Wreckords Crew. The album was released to critical acclaim from publications such as Clash, Kerrang & Dork magazine. Fast becoming trailblazers in their own right, Nova Twins use their platform to champion inclusivity and diversity with a high-octane, genre-warping approach; one that is present in every song they write and every performance they deliver. Turning heads in all of their endeavours, the duo creates a remarkable depth of sound via a myriad of bass and guitar pedals - a secret recipe they have tweaked and refined over the years, whilst dogmatically avoiding any synthesizers in the process. Innovative in not only their musical output but in every element of what they do as artists, from designing and making their own outfits for all photoshoots and stage-wear, to the art direction of their music videos. The band are above all, strong, independent and inspiring women of colour. Their modus operandi is to take socio-political experiences from their day-to-day and turn it into something their fans can get lost in.