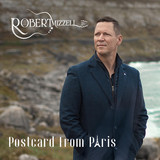 Robert is now a top Country Artist in Ireland and the UK. He has released 12 solo studio albums and a 2 length DVD's to date, and is constantly touring Ireland and the UK with his band “The Country Kings”. Robert was voted “Ireland’s Favourite Country Music Singer” in a poll conducted by RSVP Magazine. Robert was born in Louisiana, the Bayou State and raised on the shores of Lake Bistineau near Shreveport. Robert's early musical influences came from his parents - both performed in a Church Gospel group. At the age of 17, Robert moved to Connecticut where he worked with his father in the painting &amp; decorating business. He then joined the US army where he served for a number of years. After his military service he moved to Ireland with dreams of a career in country music. “Kick Ass Country” was Robert's first major hit, but it was “Say You Love Me” that made him a household name in Ireland back in the 90's. More recent hits include “Hey Ho!”, “Louisiana Saturday Night”, “Mama Courtney” and “She's My Baby”. On Saturday 29th October 2011 Robert was inducted into Shreveport's Walk of Stars in recognition of his achievements in the world of Country Music, all the sweeter given he is a native son of Shreveport Louisiana and this is the highest accolade his own home city can bestow on him. Some other people who are inductees are; Elvis Presley (Posthumously), Merle Kilgore (co writer of Ring of Fire) and Hank Williams Snr. and Jnr.