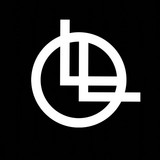 Left of Love is a Modern Rock and Alternative band from Massachusetts. Known for their powerful vocals, intricate harmonies, and catchy riffs, the band offers a unique blend of guitar-driven Rock that appeals to a diverse audience. The band released their debut EP "Lost and Found" in April 2019, solidifying their confidently raw Rock presence in the local Massachusetts scene. They have opened up for many high profile acts such as Shout at the Devil, Fatal Portrait, and Livin' on a Bad Name, and headlined the 2019 Lakeside Festival in Freetown, Massachusetts. The band currently tours the Southern New England area while working on their second studio release.