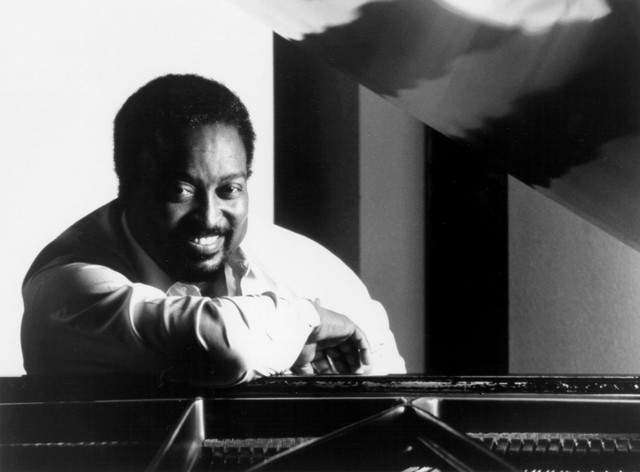 One of the most accessible of all jazz pianists, Gene Harris' soulful style (influenced by Oscar Peterson and containing the blues-iness of a Junior Mance) was immediately likable and predictably excellent. After playing in an Army band (1951-1954), he formed a trio with bassist Andy Simpkins and drummer Bill Dowdy which was, by 1956, known as the Three Sounds. The group was quite popular, and recorded regularly during 1956-1970 for Blue Note and Verve. Although the personnel changed and the music became more R&B-oriented in the early '70s, Harris retained the Three Sounds name for his later Blue Note sets. He retired to Boise, ID, in 1977, and was largely forgotten when Ray Brown persuaded him to return to the spotlight in the early '80s. Harris worked for a time with the Ray Brown Trio and led his own quartets in the years to follow, recording regularly for Concord and heading the Phillip Morris Superband on a few tours; 1998's Tribute to Count Basie even earned a Grammy nomination. While awaiting a kidney transplant, he died on January 16, 2000, at the age of 66. ~ Scott Yanow, Rovi