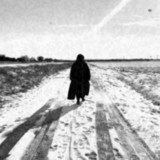 ~ “We began working together two years ago to create an immersive live experience for the Starts Again album launch show. This time we decided to collaborate from concept, we created a theoretic space using images and stories, the music was composed within that space, in the end the music becomes the physical space, a world you can enter.” The forthcoming album is the story of Ertha, she is the personification of the infinite universe and everything within it.