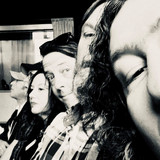 Beginning as a branch of the psychedelic pop collective Elephant 6, the Minders grew from a recording project to a high-energy live act. Their sound expanded from one album to the next, detouring into garage, Baroque pop, and paisley psych territory over the course of a decades-long discography. The band's recorded output slowed in the mid-2000s, but they returned after a decade-long hiatus with 2006's Into the River. The album updated the band's usual lo-fi take on jaunty pop, but lost none of its experimental tendencies. The Minders were formed in 1995 by British expatriate Martyn Leaper and Apples in Stereo bandleader Robert Schneider when they were both living in Denver, Colorado. Begun as a lo-fi recording project, they released a jangly 7" on the Elephant 6 label before the band reconfigured itself into a live act in 1996. Schneider moved into the role of producer while singer/songwriter/guitarist Leaper was joined by drummer Rebecca Cole, bassist Joel Richardson, and lead guitarist Jeff Almond. This loose lineup recorded parts of the 1996 7" single Paper Plane, but soon afterward, Richardson was replaced by bassist Marc Willhite, thus solidifying the lineup for the band's first phase. They recorded several singles and played out frequently before the release of their debut album, 1998's Hooray for Tuesday. Cole and Leaper moved from Denver to Portland and put together a new version of the band, releasing singles collection Cul-De-Sacs & Dead Ends in 1999 to tide fans over as they acclimated to their new location. A steady churn of lesser releases, EPs, and 7"s dotted the band's discography, with proper studio albums arriving in the form of 2001's Golden Street and 2006's It's a Bright Guilty World. The band played often and shuffled lineups several times in the 2000s, with Cole leaving the band in 2008. There was lull in new material following Cole's departure, with the digital-only compilation Cul-De-Sacs & Dead Ends 2 arriving in 2012, and 2016's Into the River, which marked the Minders' first new songs in ten years. From there the band was rejuvenated, releasing the cassette-only EP Boiling the Ocean that same year, along with a limited-edition lathe-cut 7". In 2018, the Minders celebrated the 20th anniversary of their debut album, Hooray for Tuesday, with a deluxe reissue containing previously unreleased bonus tracks. ~ Fred Thomas, Rovi