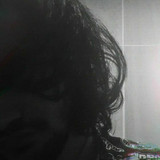 Ali Mozhdekanlou AKA Arvand is an alternative hip hop artist who started his career in December 2020 with his first track called “Kooch” He released his second track called “Falak” in February 2021. As a newcomer artist to Persian hip hop market, he has collaborated with producers such as Motarb and Saeed Dehghan. As an alternative Iranian hip hop artist, my only hope and happiness is your support, my dear fans. Therefore, I sincerely ask you to listen to my works legally and through streaming services such as Spotify, Apple Music, SoundCloud, YouTube, etc., so that you can help me to have accurate statistics on the number of songs heard. Let’s also walk together towards the development of Persian rap and hip hop market.