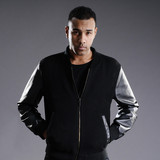 Jay Faleye otherwise known as Tantrum Desire, is an electronic producer/DJ from London, UK. His love and passion for Drum & Bass music escalated since the early 2000s and has remained strong ever since. In late 2006, Tantrum Desire released tracks such as “Dreamscape” on Heavyweight Records. His music attracted many peers which followed onto DJ’ing at residential clubs in London, also receiving air time support from BBC Radio 1 & 1xtra. By late 2007, he was then picked up by Drumsound & Bassline Smith and signed to their very own Technique Recordings. Since then, the Londoner has had many releases leading up to his successful worldwide anthem "Reach" in 2011. An explosive single hitting over a million views on YouTube, holding the Number 1 spot on Beatport for over a month and being one of the most rotated singles in the Drum & Bass scene. In early 2015, Tantrum Desire released his single "Oblivion" featuring vocals from Solah, selected as one of UKF’s Top tracks of the year, taken from his debut album “Diversified” which was then released in the summer on 2015. The LP went in the Top 10 release charts on Beatport and was nominated Best Album at the Bass Music Awards sponsored by Sony. The future is bright for the fact that Tantrum Desire has become one of the most exciting production outfits to date, with the fire to innovate and take things to the next level.