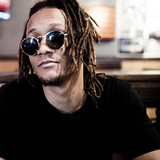 Kevin Faye is a multitalented artist and songwriter, with roots in Sweden and Gambia, who has entered the international pop scene with a bang. Born and raised in Stockholm, Sweden, he started his musical career at the age of eleven by being signed to BMG/Sony. But with the ambition of extending his career beyond the Swedish market, he decided to pack his bags and move to the states at the age of 19. It didn’t take long until he started to write for other artist for the first time, and within a few years he had worked with various producers and songwriters who wrote for artists like Macklemore, Ciara, Puff Daddy and 50 Cent. Influenced by various sounds and genres, Kevin wants to create music that conveys strength and comfort during the darker times of life. Growing up as a mixed in Sweden made Kevin well aware of how other peoples prejudices can affect your own self image at an early stage. Kevins ability to mix a cheerful sound with a deeper context is clearly shown in his music, where his melancholic melodies and personal lyrics are mixed with perky pop productions. With plenty of new releases coming up, Kevin will with most certainty continue his path towards being one of the most self evident artists of the international music scene.