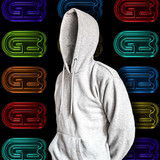 A collection of audiophiles, dedicated to bringing the world great electronic pop music, undistorted by personal brands - that’s what the new producer collective Glockenbach is all about. Shrouded by anonymity, they‘ve burst onto the scene with their debut hits "Dancing In The Dirt" and "Redlight". "Dancing In The Dirt" broke into Top 40 radio in Germany and accumulated 10m streams. The follow-up "Redlight" feat. ClockClock took things to an whole other level. Becoming another Top 50 radio success in Germany it's exploded at streaming and is on track to land at 30m-40m lifetime. "Redlight" became a Top 20 hit on the German Spotify charts and was the best streaming in Germany signed english title there for many weeks. Republic/Casablanca Rec. in the US and Virgin/Positiva in the UK picked up the single and with many more international markets coming on board, sky's the limit!