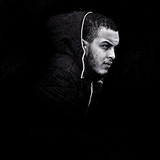 Mouad Tassoufra known as "Jen", listens to rap in 2004 influenced by 2pac, Scarface and Vinnie Paz and since then he can not do without this movement.   He recorded for the first time in 2008 in an amateur manner, practicing until 2011 where he met J Prod and recorded in a professional studio.   Since then, he has been working on his mixtape "Swi3a", 2 years of work to save and delete in order to offer you soon a product level.   Jen’s nickname came to him from people with a prod he worked with, he was versatile and mastered everything he touched, hence the nickname Jen.   Remember to follow official instagram https://www.instagram.com/jenofficiel/