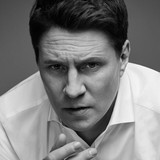 OnklP needs no introduction. Whether it be nationwide media, hip-hop fans or mothers-in-law, festivalgoers or security guards – everyone knows OnklP. Everyone has an opinion. Everyone knows someone who knows someone who knows him. From afterparties in a 15m2 room at Anker hotel, directly to the Norwegian Grammys and back to the emergency room. Occasionally Norwegian music’s “enfant terrible”. Occasionally brilliant. Occasionally without guidance or self-control. Some people applauded while he was on top. Even more people rejoiced when he was close to hitting rock bottom. With a public debt-collection and a public openness regarding..well, everything, and then a very public reconstruction as an artist, we’re all older and wiser. And we must agree that it has turned out a lot better than it could have. Ladies and gentlemen – this is Pål Tøien.