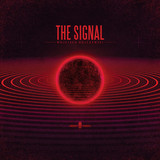 Born in 1980, Wojciech Golczewski is a polish film composer and electronic musician. Golczewski’s musical career started in the European demoscene, an art subculture where artists show off their programming and musical skills. Following a career in composing for video games including PlayStation 3 titles like LINGER IN SHADOWS and DATURA, the composer scored his first feature film with ERASER CHILDREN, an Australian sci-fi. His other

include the Norwegian thriller DARK SOULS, the Icelandic crime thriller CITY STATE and the werewolf film LATE PHASES , new cult classic WE ARE STILL HERE, which was nominated for the Fangoria Chainsaw Award.