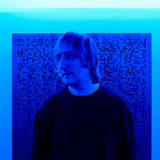 As a child Heather’s Grandad taught him composition & how to manipulate the tuning of piano strings. Inspired by Ludwig van BeethovenClaude Debussy & his neighbour’s Acid House pirate radio show, composing on piano became his passion. After a near death experience, he had the energy to step out as an artist. His art takes as much from electronic music in sensibility, post-rock & drone in its exploration of meditative builds as it does its classical & jazz grounding. In 2021 Heather releases “Modulations: EP2”, which follows a journey from the tragic loss of his father, existential rumination & ultimately, optimism. The tracks were this time honed on the road, playing shows such as Green Man, Glastonbury, Berlin Planetarium & many more across Europe. His approach, that he dubs ‘Pulse Music’, finds him playing freely, with no metronome or notation but instead his instinct deciding where things go. Heather first released via Ahead Of Our Time in 2017, Ninja Tune founders Coldcut’s label with “Modulations: EP1", followed by his well received album “Stories From Far Away On Piano”. In 2018 he was remixed by DJ SeinfeldMary LattimoreSarah DavachiEcho CollectiveAparde & Chihei Hatakeyama for his “Reworks” album & included string quartet versions by himself. Supporters include Cillian Murphy, Nils FrahmEmikaFlying Lotus' Brainfeeder & The Cinematic Orchestra, who asked him to rework them in 2020. He has worked with Dawn RichardMumdance & Roger Robinson (King Midas Sound).