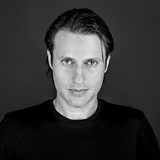 There are very few artists in electronic music who are able to lay claim to the incredible career longevity and continued success that EDX can. Over half a billion streams to his name and almost three decades since he fist started making beats back in the early-nineties, the Swiss-Italian stalwart is still one of the most dedicated, hard-working characters in the industry, and continues to rack up chart-topping singles and international accolades at a remarkable rate. Forever pushing the envelope and winning over fans with his unique brand of sexy, sun-soaked house music, 2019 has arguably been one of the most successful years of his entire career, having clocked one GRAMMY nomination and a staggering five Beatport number ones in less than 12 months. Founder of the internationally renowned record company Sirup Music in 2001, which has released hits from the likes of Avicii, Armin van Buuren, Steve Angelo, and more — and in joint-venture with Enormous Tunes his ‘Helvetic Nerds’ crew of Croatia Squad, Daniel Portman, Nora En Pure and Sons of Maria — Maurizio's own vast catalogue of chart-topping originals and remixes has now amassed over 500 million streams and counting. His weekly ‘NoXcuses' radio show is broadcast to 40+ countries and with a touring schedule that sees him cross multiple countries and continents each week, EDX has held residencies at some of the most iconic clubs and consistently performs at the most esteemed festivals and nightclubs on the global circuit.