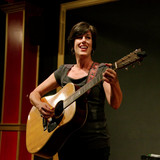 Both albums were produced by 2019 International Blues Challenge winner and songwriter Jon Shain. Isabel is now known as Isabel Valls. Based in Durham, North Carolina, Isabel started singing at local open mics in 2010, accompanying herself on guitar. Since then, she has performed at venues, festivals, and private events in the Triangle (NC) and on the coast. A native of Buffalo, NY, singing has been a passion of hers since childhood, and songwriting has become a way of personally expressing her views on life and love. “Though I began by covering songs by artists that I felt were ‘hidden gems,’ I find that writing songs is even more fulfilling. There is nothing like singing an original song and experiencing the audience’s connection to it.”