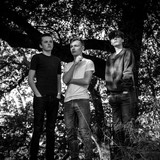 Formed by a group of school friends in 2016, Kick Pistol take their influences from groups such as Muse and Radiohead. The band consists of Robert Sheppard (Bass Guitar + Lead Vocals), Ernie Wybrow (Lead Guitar + Backing Vocals) as well as Max Terzza & Jack Terzza from Alt Rock band ‘The Muted’ who perform with them live as their backing band on Rhythm Guitar and Drums. They made their first public debut in the summer of 2016 at the acclaimed annual M-Festival and have been performing and writing new material ever since. Their first studio recorded single “Because You Know” was released in May 2018 which then later inspired them to release a self-titled EP, featuring the tracks “The Pragmatic”, “Unobtainable”, “Losing Control” and “In Darkness”. All the tracks were professionally recorded at Farm Factory Studios in Welwyn Garden City. Kick Pistol have performed at numerous venues throughout their time, including The O2 Academy Islington and The infamous Dublin Castle Camden as well as many local venues within Hertfordshire. The band has since entered a new era in their careers by adapting a hard hitting gothic rock sound with a new upcoming single set to be released 29/10/21. "On this evidence, KICK PISTOL are hard-headed non-wannabees with tru-telling honesty at their core… Is it too early to say they can be presented alongside Arctic Monkeys? Er, no." - RAWAMP