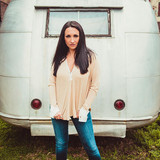 Susan Erwin is an international performing artist whose home is behind a piano. Susan's versatile voice, impressive skills as a mutli-instrumentalist, dynamic stage presence, and rare ability to make every person in the audience feel a part of her show have made her successful in venues worldwide. For over 15 years and with 250 international performance dates every year, she has developed a loyal fan base.   In 2003, Susan began her professional music career in the Midwestern United States.

From Little Rock, Arkansas, Branson, Missouri to Los Angeles, CA, Las Vegas and beyond, she has performed for people all over the world. In 2010, she began a yearly international tour booked in venues in the Caribbean and Europe.   In October 2015, she started her Pink Piano Show which has been a huge success during race season at Oaklawn Horse Racetrack and Casino in Hot Springs, Arkansas every Spring.