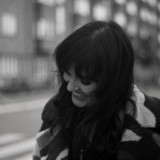 Liive is the pop project of the Norwegian vocalist Live Foyn Friis, who has traveled the world with her indiejazz project, released 5 albums, all nominated for international prizes, and she was named The New Jazz Star, and won the prize for The Years Young Jazz Composer. Last year, at SMUKFEST 2018, Liive won the prize Best Performance LIVE CAMP 2018 with her pop band, and opened Bøgescenen - a stage for 30.000 people - before Mø, Kim Larsen & Britney Spears!!! Liive signed with Universal in 2017, and released her first single “København” the fall 2017, and it became a great radio hit on P4 in Denmark! Liive released a danish-norwegian duet with the artist Burhan G 2018 'Tinka' for TV2, and the song: 'Denne Julen'. And in 2019 the in UK acclaimed english singel Gaslightning with references to Eurythmics. Some of her songs are in Norwegian and some in English. Her band consists musicians from Norway, Sweden and Denmark.