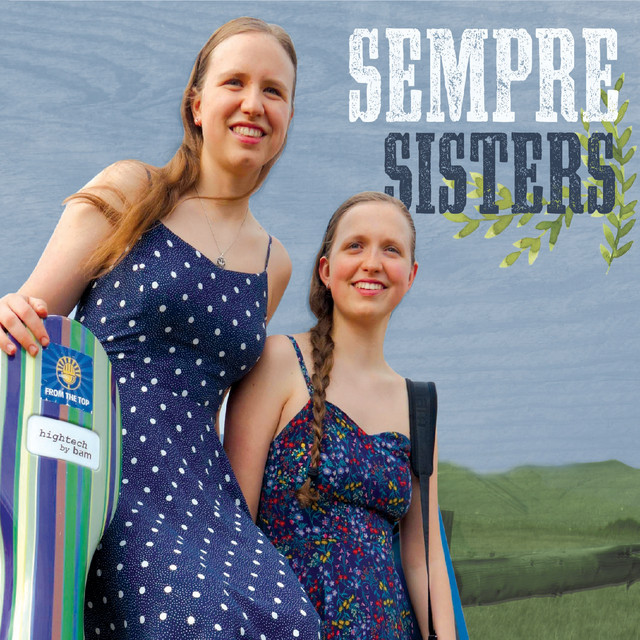 Sempre Sisters, violinist Charlotte Marckx and cellist Olivia Marckx, is an award-winning classically trained sister duo that aims to create music not limited by genre. Performing their own virtuosic arrangements of music from the Beatles to Bach, the sisters have one rule: to play music that they love for people who love music. This Seattle area duo has been featured on NPR’s From the Top, Strings Magazine, and Classical KING FM 98.1, as well as at the Northwest Folklife Festival. They have received national and international acclaim, including winning the 2018 Stulberg International String Competition Gold Medal and Bach Prize and a major prize at the 2018 Johansen International Competition (Charlotte), as well as advancing to the semifinals at the 2015 Johansen International Competition and winning a prize at the 2016 YoungArts National Arts Competition (Olivia). They were grand prize winners of the KING FM Young Artists Awards and were featured in recital with the Seattle Chamber Music Society. The sisters have soloed with several orchestras, including the Seattle Symphony, and have also performed with Time for Three and Pink Martini (Charlotte) and Mark and Maggie O’Connor (Olivia). Charlotte is finishing high school, while Olivia attends the prestigious Colburn School in Los Angeles, where she is pursuing a BM in Cello Performance.