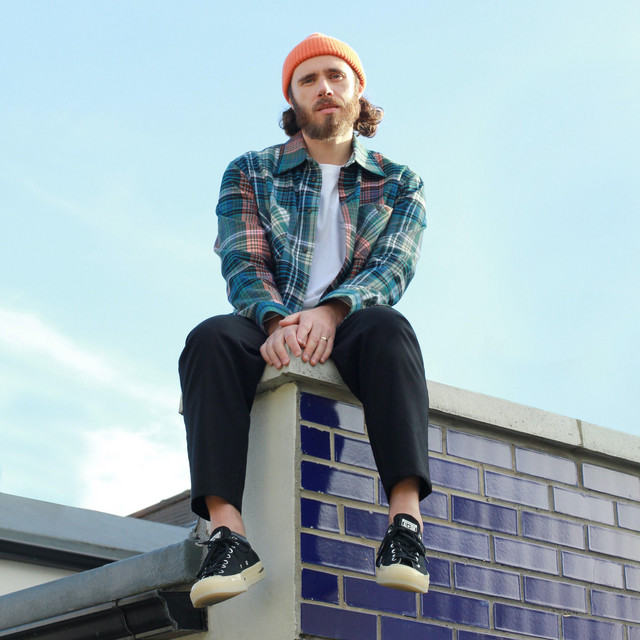 Irish singer/songwriter James Vincent McMorrow made his name in the 2010s with a dreamy and soulful brand of indie folk centered around his supple vocals. While his albums, Post Tropical (2013) and the chart-topping We Move (2015), firmly established him as both a critical and commercial success, he also gained renown for his delicate renditions of hits by Steve Winwood and Chris Isaak, which could be heard on high-profile advertising campaigns. Hints of lush pop and R&B infiltrated his sound in the latter part of the decade and he remained largely silent for two years until the 2020 release of the intimate "Headlights" single.[RoviLink="MN"] McMorrow[/RoviLink] began his musical life when he was well into his teens. Initially a drummer, he was drawn to the harsh sounds of At the Drive-In, Refused, and Glassjaw. He mellowed some while at college, where he discovered the more acoustic-oriented sounds of Sufjan Stevens and Band of Horses. He picked up a guitar at 19 after hearing Donny Hathaway's "I Love You More Than You Will Ever Know," and began writing songs and digging into the music of the '70s singer/songwriter era, particularly from female artists (because of the pitch of his own voice). Eventually developing a writing and performance style that suited him, McMorrow began playing shows in local pubs, where he was received warmly. He decided to record an album, moving into a small house on Ireland's coastline and holing up with his guitar, a keyboard, a microphone, a computer, and several other instruments. He wrote and cut what would eventually become his debut self-titled EP, and his first album, Early in the Morning. The full-length was released by Believe Recordings in Ireland in March of 2010, and was greeted with very favorable reviews, a top chart spot, a Choice Music nomination, platinum sales, and appearances at Royal Festival Hall and on Later…with Jools Holland while on tour. The album was released in the U.S. later that year on Vagrant. He further expanded his fan base when his pared-down version of Steve Winwood's "Higher Love" was used as part of LOVEFiLM's TV advertising campaign. The popularity of the cover led to an expanded version of his debut being released with the song included, as well as an acoustic rendition of "We Don't Eat." McMorrow decamped to a small studio in Texas in 2013 to record his follow-up, Post Tropical, an album that was almost an about-face from his debut, given its synthetic instrumentation and horn charts. It was issued in 2014 by Believe in the U.K. and Vagrant in the U.S. The album proved a hit in Ireland, where it reached number two. The following year, while touring, McMorrow scored director Sam Benenati's film Martha as part of the series Campaign4Change's "Mix-Up Tradition." He also recorded a cover of Chris Isaak's "Wicked Game" that was used in the trailer for season six of the HBO series Game of Thrones, and appeared on the third promotional single for Norwegian DJ/producer Kygo's debut album, Cloud Nine. McMorrow spent much of 2015 touring and recording his follow-up to Post Tropical. Entitled We Move, the album's ten songs featured high-gloss productions from Nineteen85, Two Inch Punch, and Frank Dukes, and was mixed by Jimmy Douglass (Donny Hathaway, Timbaland). Preceded by the singles "Rising Water" in July and "Get Low" in August, the set was issued by Caroline in early September and dabbled with R&B-inspired sounds. In a bid to break from the traditional album cycle (release, tour, break), McMorrow appeared with his fourth album, True Care, just nine months after We Move. Released in mid-2017, the album shifted from the slick sound of previous records toward a more organic style. In 2018, McMorrow returned with the stand-alone single "Me & My Friends," which was inspired by the birth of his first child. Two years passed before another single, the dreamy and intimate "Headlights," appeared in August 2020. ~ Thom Jurek, Rovi