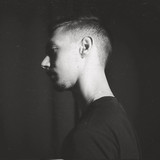 Kayvahn is an American producer with Danish and Persian roots, based in Stockholm, Sweden. His sound mixes elements of Hiphop, R&B, and Pop as well as colors of electronic to bring a unique melancholic blend of sounds. From blooming pop arrangements to downtempo bass heavy beats, he creates atmospheres to get lost in.   Since his debut EP “Heritage” in 2018, he has not only been supported by Apple and Spotify’s official playlists, but also notable tastemakers such as Hillydilly, dynmk, alfitude and Fashionably Early to name a few.   After being hired by Sony in 2019 as an in-house producer and engineer to create in a variety of genres, he has since then formed collaborative relationships with Universal and Warner as well. With a consistent stream of quality music, and professional production experience, he is a promising emerging young talent.