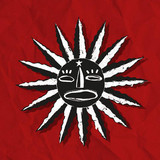 Slank was formed on December 26, 1983 and released debut, Suit Suit... He He (Gadis Sexy) in 1990 which has made them successful. Slank's presence at that time was considered as a milestone in the change of music in the country with courage in the lyrics and genre of music that was carried. The fans called Slankers even more and regenerate in line with Slank's musical career. Like a teenager who is looking for identity, Slank has often undergone formation changes from the beginning until now has entered the 14th formation consisting of Bimbim, Kaka, Ridho, Abdee and Ivanka. Since the first album, Slank always slipped 4 elements in each album ranging from love, social, nature and youth movements. With what has been voiced so far, Slank has also been named as the Anti-Corruption Ambassador, the Anti-Narcotics Ambassador to the National Santri Ambassador in Indonesia. Slank, currently at the age of 36, has released 23 studio albums. For more complete Slank travel story, you can look at Slank's official website, which is www.slank.com.