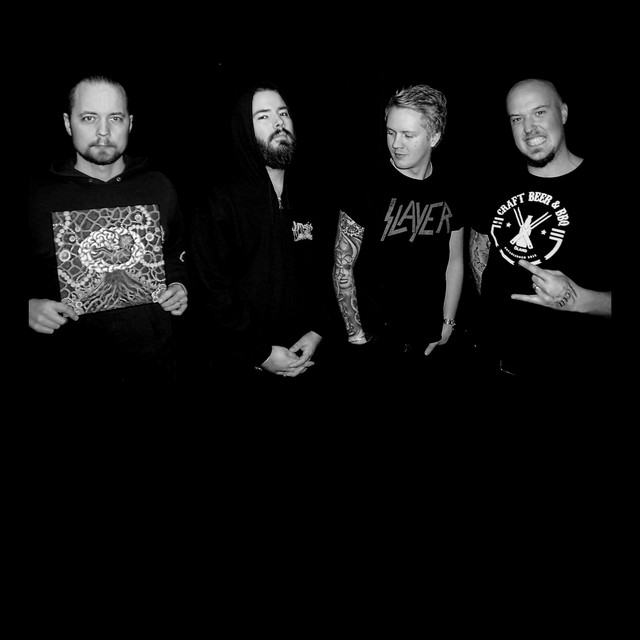 Carry the Torch is a metalband from Kalmar and Öland, Sweden. The band started as a two man project by Philip Nilsson (Guitar) and Dennis Johansson (Vocals) in late 2016. The project was based around songs that initially was written in 2009/2010. For a number of reasons the songs were never finished at this point. One late evening in the autumn of 2016 Dennis reached out to Philip about finishing the songs that were started. When the tracks started to come together and Dennis and Philip heard the result both agreed that Carry the Torch should be more than a studio project. Hence the search for members began. Björn Lindgren (drums) joined the band in the winter of 2018. After playing bass on the record Håkan Johansson also joined the band in the beginning of 2018. Håkan later parted with the band. Carry the Torch continued for some month as a thee-piece with no intentions of playing live at the moment. Victor Wahlstedt joined on guitar in October 2018. All the work payed off, and Carry the Torch signed a record deal with Latvia-Based Sliptrick records in late 2018. This was the first major step for the band. In July 2019 Carry the Torch realsed their debut album ”Obsession” containing the same 10 songs that were written by Philip and Dennis. The band is currently working on their live performance and will do two shows in autumn of 2019. After this the band will start working on the follow up for Obsession.