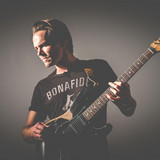 Montana Singer/Songwriter, Mike Murray, has a voice that is honest, direct, and embodies the pureness of a classic folk storyteller. His music carries a message of camaraderie and empathy, while drawing inspiration from his adventurous life experiences. His tales are all his own, but somehow we can all find ourselves in his words. Mike released his 4th studio album, Difficult Days, on March 2nd and 3rd, 2018 to consecutive sold-out audiences at the LaSalle Grange Theatre. Difficult Days unleashed an evolution in Murray’s soundscapes. Murray’s bright tenor voice is effortlessly powerful, with the crisp enunciations of a man who has found confidence in his voice. “Difficult Days” was included on the 2019 Grammy nomination consideration list under best Rock album. Three years and 500 shows prior, Murray released his third studio album, Tumbleweed (June 2015). Tumbleweed was rated as the best local album of 2015 by MT-based newspaper, The Daily Interlake. Several of the songs from the album earned him first place at the Northwest Artist Syndicate’s Singer/Songwriter showdown. Additional highlights include performances at SXSW, Red Ants Pants Music Festival, The Crown Guitar Festival, Live From The Divide, Under the Big Sky Festival, The Wilma Theatre, local and regional radio play, and a feature on MTPR’s “Musician’s Spotlight.” Murray is set to release his Fifth studio album We Are Like Warriors on Spotify and all major streaming platforms on February, 2nd 2021.