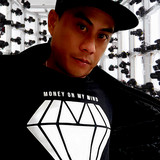 Redeem AKA REDEMPTOR RIDON, is a Filipino-American music producer, songwriter, hip-hop artist, singer and the founder of GR8 MUSIC GROUP LLC (GMG) from STOCKTON, CALIFORNIA. Redeem was born in the islands of the Philippines and moved to the United States with his mother & sister to join his father when he was a teenager. Redeem's first debut album THE REDEMPTION ALBUM, was released in 2021 under GMG, which became one of the highlights of his young music career, showcasing his talents as a producer, singer and rapper. Redeem's lyrical style is unique, different and filled with positive, uplifting, motivational words of wisdom. His music contains real and inspirational lyrics which became his niche coming in the industry. Recently, Redeem collaborated with