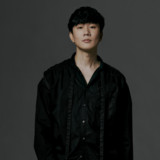 JJ Lin is a Taiwan-based Singaporean singer-songwriter/producer who emerged to award-winning success with his 2003 debut, Music Voyager. His popularity soared throughout

Asia with his consistent release of award-winning chart toppers throughout his illustrious career of 17 years, making him one of the most sought-after artistes in the region. Coined “The Walking CD” for his stellar LIVE performance and vocal range, JJ has on record more than 120 billion streams on music platforms worldwide to-date. A versatile performer, JJ’s portfolio of exciting music collaborations include "I Am Alive" with Jason Mraz, "Checkmate"