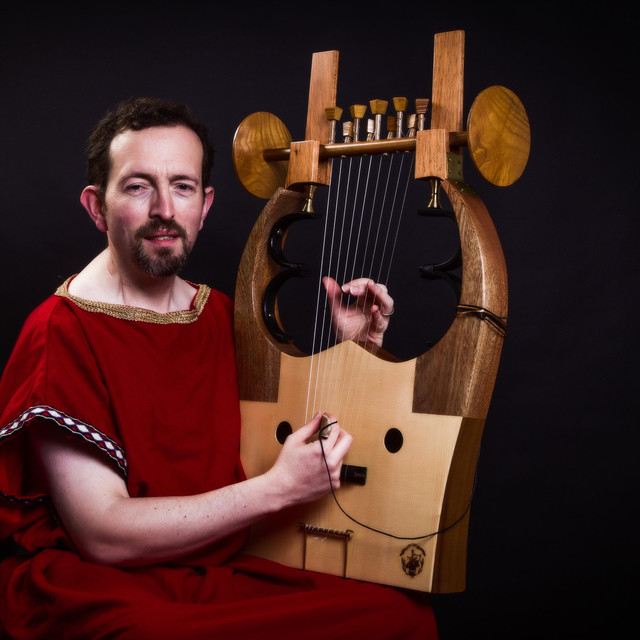 Michael Levy is a prolific composer for the recreated lyres of antiquity, whose musical mission is to create an entirely new musical genre, which could best be described as a 'New Ancestral Music' - dedicated to reintroducing the recreated lyres, ancient musical modes and intonations, back into the modern musical world. Michael's musical vision was influenced in part, from the similar 'New Ancestral Music' of both the composers Luis Paniagua of Spain and Petros Tabouris of Greece, in addition to the work in just intonation and ancient Greek microtonal scales, by the late American microtonal composer, Harry Partch. Basing his recreated lyre playing techniques from both illustrations of ancient lyre players and the various playing-techniques still practiced today in Africa, he has independently produced 30 releases since 2008. In 2017, Michael collaborated with the Grammy award winning Canadian composer, Rufus Wainwright - Rufus has arranged one of Michael's ancient lyre-themed compositions, "Hymn to Zeus" (from his 2010 album "Apollo's Lyre") in two scenes of his second opera, "Hadrian" - which premiered in Toronto on 13th October 2018! Michael's historic lyre music has been featured in support of exhibitions at the British Museum, The Oriental Institute of Chicago, The Royal Ontario Museum and currently features as the permanent soundscapes of the Museum of the Bible in Washington DC.