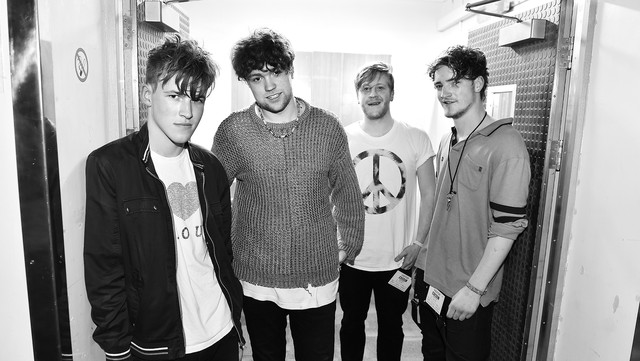 British rock quartet Viola Beach were a band on the rise, playing Brit-pop with a bit of cheek and optimism like the Kooks or early Arctic Monkeys. The band's original lineup formed in 2013, with Kris Leonard on guitar/vocals, Jack Dakin on drums, Frankie Coulson on guitar, and Jonny Gibson on bass. They made their debut at the Cavern Club in Liverpool and released a pair of singles ("Daisies" and "Love My Love"). In 2015, they returned with a lineup change, replacing Coulson with River Reeves on guitar and Gibson with Tomas Lowe on bass. They released "Swings & Waterslides" and gained notable buzz after receiving backing from BBC Introducing, which secured them a slot at the 2015 Reading and Leeds Festivals. In early 2016, they released "Boys That Sing" and "Like a Fool" (Communion) and were in the midst of preparations for a tour with another U.K. buzz band, Blossoms, and a batch of major festival appearances (SXSW, T in the Park). On February 13, 2016, less than a month after the release of their final singles, the band and manager Craig Tarry were killed in a car crash in Sodertalje, Sweden. The outpouring from fellow British bands was immediate. Friends and tourmates Blossoms continued a planned trek, opening each night with a pre-recorded set of Viola Beach's music, while Coldplay honored the young band during their headlining set at Glastonbury 2016 with a cover of "Boys That Sing." Their self-titled debut LP received a posthumous release in July 2016, debuting at number one on the U.K. charts. ~ Neil Z. Yeung, Rovi