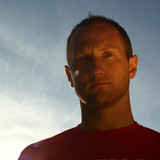 Baba Brinkman is a New York-based rap artist and playwright, originally from Canada. He is best know for his “Rap Guide” series of hip-hop theatre shows and albums that communicate challenging scientific fields to the general public. As hip-hop artists go, Baba has truly created his own lane with the invention of "peer reviewed rap". So far he has produced Rap Guides to Medicine, Religion, Evolution, Climate Change, Consciousness, and Wilderness, among other topics. He has performed on MSNBC’s The Rachel Maddow Show, shared stages with Stephen Hawking and Richard Dawkins, and toured worldwide including runs at the Sydney Opera House, the Edinburgh Fringe, and off-Broadway in New York, and has been nominated for and won multiple theatre awards.