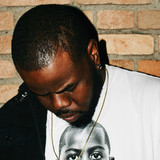 Afro-Soul music artist MOE MOKS is making waves with his new single LOVE SOUL (I Need you). The Nigerian born refugee MOE MOKS first appeared to the mainstream with his song ROCKETS, which was remixed five times, featured on two albums, appeared on 2 TV shows. Moks has been featured on MTV, Coachella, among other stages around the world.   MOE MOKS who grew up in Houston Texas, faced many hardships on his journey through music. Once being homeless in Boston, he followed up those hard times by making record after record with series such as 40 DAYS & 40 NIGHTS. MOKS created and released a song every night and day for 40 days; which spawned the song ROCKETS. ROCKETS is being played on radio stations, and has been recognized by many viewers on YouTube and listeners on Spotify.