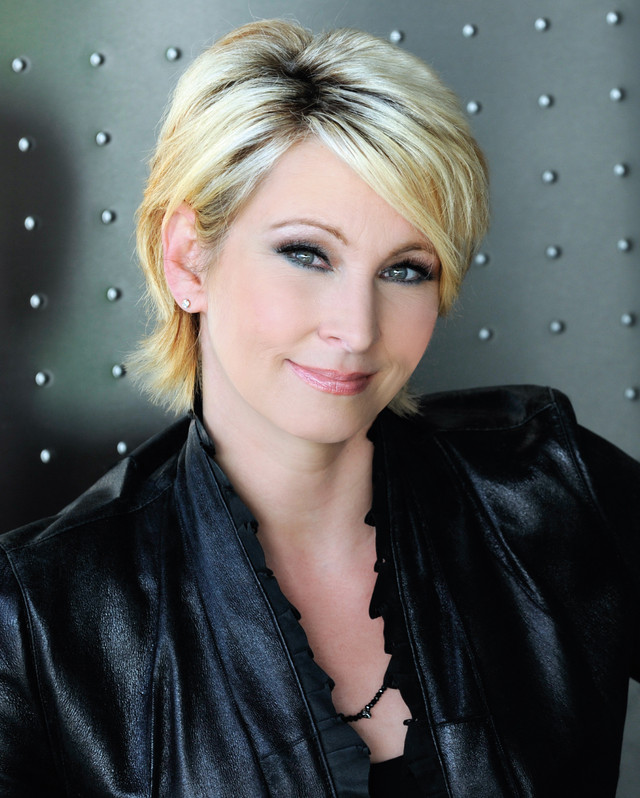 Often referred to as Die Große Dame des Deutschen Schlagers (roughly, the Greatest Woman of the German Schlagers), Claudia Jung enjoyed a long-lasting run of success in her native Germany, where she rose to fame in the late '80s and recorded a steady stream of successful albums in the decades that followed. She garnered a devoted following over the years, so much so that even once she left her longtime label, EMI, and in turn saw her name fall off the German singles chart for years on end, her albums continued to be well received. Rarely did one of her albums not reach the German Top 40, in fact. She simply didn't need charting hit singles any longer; she had a loyal fan base that supported her efforts year in and year out. Besides winning the devotion of countless fans, Jung also won several presitgious awards, among them the ECHO-Preise (1994, 2000) and Goldene Stimmgabeln (1995, 1996, 1997, 1998, 2002). Especially during her mid-'90s prime, few could rival her for the honorary title of Die Große Dame des Deutschen Schlagers. Jung was born Ute Krummenast on April 12, 1964, in Ratingen, a city in North Rhine-Westphalia just outside of Düsseldorf. From even an early age she expressed a passion for music, singing in her school choir and even taking guitar lessons for a while. However, it remained a passion rather than a future career path -- not a practical one, that is, regardless of her enthusiasm -- and so when she left school at age 18, she was unsure of which career to pursue besides music, her one love. Her first job was as a fotolaboratin (photo lab worker). She decided that wasn't the right job for herself, though, and took a new job as an arzthelferin (dental assistant). That didn't work out either, since she didn't like the sight of blood. Her so-called "phase der selbstfindung" (phase of self-discovery) was so far fruitless, so rather than endure the endless questioning of her family and friends about her future plans, she decided to put the matter on hold for a while. She left Germany to work in a travel agency in Italy, where she could enjoy herself and sing with hotel show bands, in addition to learning more about herself and the world around her. She stayed in Italy for a memorable year before returning to Germany, where she took an office job that she found pleasant enough. Her singing aspirations were given a boost in 1984, when through friends she met and befriended music producer Adam Schairer. He invited her to record some demos with him in a Cologne studio, and then with the aid of hitmaker Jean Frankfurter (aka Erich Liessmann, his born name and songwriting pseudonym) she went about laying the groundwork for her first singles: "Immer Wieder Eine Handvoll Zärtlichkeit" (1986), "Träume Sterben Nie" (1987), and "Amore, Amore" (1987). Each of these songs was featured on her eventual debut album, Halt' Mich Fest (1988), her first of many albums released by Electrola/EMI: Etwas für die Ewigkeit (1989), Spuren Einer Nacht (1990), Wo Kommen die Träume Her (1991), Du Ich Lieb' Dich (1992), Claudia Jung (1994), Sehnsucht (1995), Winterträume (1996), Augenblicke (1997), and Für Immer (1999). Her decade-long run with EMI was bookended with Best Of (2002), a showcase of 19 of her biggest hits for the label, most notably "Stumme Signale" (1989), "Schmetterlinge" (1991), "Du, Ich Lieb' Dich" (1992), "Das Dunkel der Nacht" (1993), "Lass Mich Doch Nochmal" (1993), "Je T'aime Mon Amour" (1994), "Wer Die Sehnsucht Kennt" (1995), and "Domani l'Amore Vincera" (1996). Meanwhile, Jung had already moved on with her career, signing to Polydor/Universal and recording Auch Wenn Es Nicht Vernünftig Ist (2001), her label debut and first album in two years. The following year she moved from Polydor to Koch Universal (also a subsidiary of Universal and distinct from the U.S. division of Koch, which is an independent), and Auch Wenn Es Nicht Vernünftig Ist was accordingly re-released with a different cover and additional content. Seelenfeuer (2003) followed and was a mild disappointment: her first album in over a decade to not break the Top 40 in Germany. Worse, the album had to compete with yet another EMI greatest-hits collection, Schlager & Stars (2003), released a month afterward. The back-and-forth between Jung's past and present labels continued: Herzzeiten (2004), a Koch Universal album featuring several re-recorded hits from her Electrola days, was matched by Essential (2005), a 16-track EMI compilation including the original hits themselves. Träumen Erlaubt (2006) was her next Koch Universal release, and like most of her albums, it was a reliable success, charting for months and breaking into the Top 40. By this point in her career, Jung's albums were as reliable as the sunrise, but she wasn't scoring hits like she did back in the mid-'90s, when she charted singles annually -- that is, not until "Sommerwein, Wie die Liebe Süß und Wild" (2007), a duet with Nik P. that was her first single release to chart since "Lieb' Mich Nochmal" ten years earlier. ~ Jason Birchmeier, Rovi