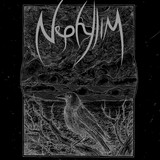 Nephylim is a five-member Melodic Death metal band from ‘s-Hertogenbosch/Apeldoorn, the Netherlands. The aggression of Death metal, touches of Doom and Prog. complemented with versatile and atmospheric melodies, and the formula of a unique form of Melodic Death metal has formed which describes the music of Nephylim the best. In January 2020 the debut album “Severance of Serenity” has been released. Ten individual tracks which define the pure essence of the message Nephylim wants to spread: “Intriguing musical melodies enriched with intricate, yet recognizable lyrical content.” End of May 2021 the band has come back with a new version of their song "Dust Veiled Sky" for which the band introduces its new vocalist Tijn musically! In addition, the introduction is supported with the very first Music Video of the band.