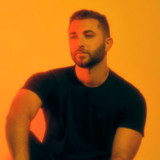 Producer Nicolas DiPietrantonio (a.k.a nicopop.) has worked with some of the biggest names in EDM and dance music since arriving in L.A. His first artist project, Louis Vivet, opened for Gareth Emery on a sold out US tour and DiPietrantonio’s career has been on the fast track since seizing that opportunity.

In 2019, DiPietrantonio retired the Louis Vivet moniker in favor of the name nicopop - a creative rebirth that was accompanied by a sonic shift towards the soaring melodies and massive hooks he has been obsessed with his entire life. In the time since, he has served as producer and creative consultant for several notable artists including Evalyn and Kyan Palmer, and added tracks with Loud Luxury ("Mistakes"), VAVO ("Pieces"), RAC ("Together") and Slayyyter ("Clouds")