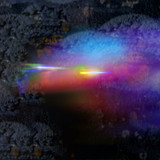 Niels started in 1996, at age 16, when he founded the band 'Silkstone' with buddy Frans van Essen, back in high school. In the 13 years that followed they played about every festival or venue in Holland that was out there, from 'Pinkpop', 'Lowlands', to 'Parkpop', 'Paradiso' and many more. In 2009 the band split and Niels started his solo adventures. in 2013 album 1,'Lines' saw the light of day and Niels immediately skyrocketed his career with a solo track that hit the top of the charts (Take Your Time Girl) and a collaborator with Dj Wildstylez that went 5x platinum. From then on Niels has played hundreds of shows all over the country, released a 2nd album in 2016 (Wildfire).