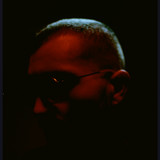 Singer, producer and multi-instrumentalist, Harvey Causon has quickly become one of the most exciting new artists to emerge from the Bristol music scene. Harvey’s music is the result of paradox; rough field recordings meet polished production, the analogue and the synthetic combine to create catchy hooks amid darker dance based tendencies. All is brought to cohesion by his rich, unique vocal in a masterful blend of R&B and jazz across skittering electronica. It seems natural that he affirms his inspirations as widely drawn from the likes of Mount Kimbie and FKA Twigs through to Kendrick Lamar and Delia Derbyshire. A thoughtful and considered writer, his lyrics take a look at the world around him and touch on themes as diverse as philosophy, quantum physics and architecture. Having opened for the likes of Maribou State and Loyle Carner, Harvey is a memorable performer with a beautifully tender live vocal. He has had strong radio support including ‘Artist Of The Week’ on BBC Radio 1, Annie Mac’s ‘New Name’ slot and Huw Stephen's 'One to Watch'. With EP ‘Fourth Wall’ out now, Spotify hits already amounting in their millions and so much more unreleased music to grace us with, it looks to be an exciting year for Harvey.