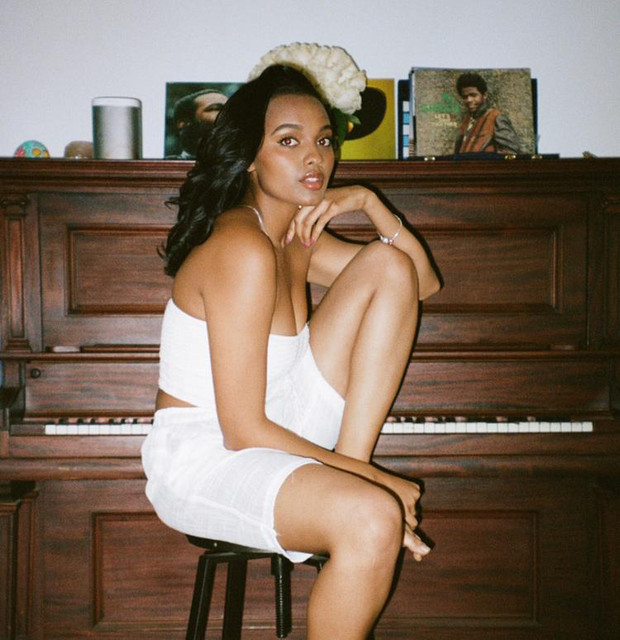 Growing up as a first-generation Canadian raised by a single father, Liza [pronounced “lee-za”] embraced a myriad of music at a young age. Dad played Marvin Gaye, Mariah Carey, Brandy, and Sade, but also introduced her to Ethiopian trailblazers such as Aster Aweke, and Gossaye Tesfaye. Armed with a karaoke machine at four-years-old, she began to hone her voice by singing constantly. Speaking Amharic and English, she leaned into her Ethiopian influences by often mimicking Aster’s falsetto tones and cultivating an expansive vocal style of her own. In 2017, Liza dropped the February29 EP before generating dramatic buzz behind “Here to Stay” and 2019’s “Morning Glory.” She lent her voice to “COMPLEXITIES” from Daniel Caesar’s critically acclaimed CASE STUDY 01 and landed songs on

Vol 1: The Michelle Obama Playlist, in BET’s Twenties, and ABC’s Grown-ish. While balancing a career as a nurse, she assembled her 2021 EP DONE IS DONE. The Ethiopian-Canadian singer/songwriter brings dynamic range to neo-soul, alternating between moments of hushed intimacy, delicate introspection, and climactic catharsis. DONE IS DONE illuminates strength through a real-life post-heartbreak rebirth. Liza exudes confidence in its purest and most unfiltered form. “I’m extremely open and honest—almost to a fault,” she admits. “I don’t hold back when it comes to talking about how I feel. Vulnerability is typically seen as a weakness, but it's really a strength. That’s really my message.”