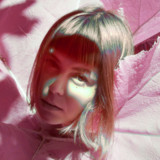 Helsinki via Falmouth, INKA UPENDO is a musician and producer who crafts unique soundscapes of intertwined percussion, ethereal vocals, found sounds and synthesizers. Originally from Helsinki, Inka now splits her time between Falmouth and Finland. She was a BBC Radio 1 Next Wave artist in 2019 and has ben played on BBC Radio 6 Music and BBC Music Introducing in Devon and Cornwall. She has performed live at Reading & Leeds Festivals on the BBC Introducing Stages, and also in Falmouth, Winchester and London (most recently supporting CRUMB at The Dome), and at the festival Kontula Electronic in Finland. Inka's debut Samsara EP, released October 2019, contrasts dark and light elements of production, exploring themes such as feelings of inadequacy, the absurdity of love and the ubiquity of capitalism.