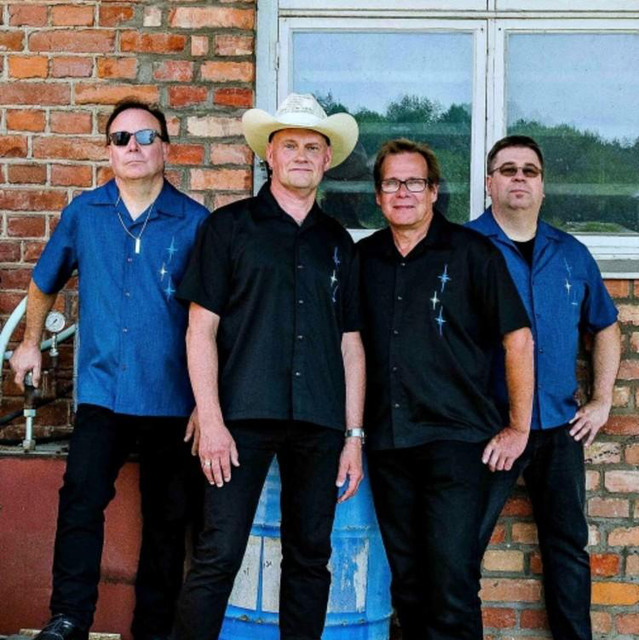 In December 1981, five good friends in Torpshammar, Sweden, joined together and started a band. They called themselves Nightdrivers and the idea to the name was taken from a Ventures- tune called Night Drive. Influenced by 50's rock'n'roll & country artists like Elvis Presley, Johnny Cash, Carl Perkins, Chuck Berry, Buddy Holly, guitar bands like

The Ventures and later revival acts like The Blasters, Dave Edmunds and Matchbox their reportoir started to take form. In 1984, the first single was released on the Swedish Rainbow Music label. Two original songs; Outlaw / Golden Sunburst. That same year the band played a support act for The Spotnicks and also finished up one night after Doug Sahm & Sir Douglas Quintet had finished their show. Not until 2004 did disc no. 2 arrive, an 18 song album on Rarity Records called Let Me Take You For A Ride. 2006-2009 The Nightdrivers toured with Micke Muster. In 2013, disc no. 3 was released, an EP with four original tracks. The track Carlene (The Radio Girl) was played frequently on a major radio station in Sweden for weeks. In 2016, Spotify editors created a playlist called Rockabilly Mania and picked up the band's version of Ricky Nelson's Believe What You Say. It got good spread and the interest in the band has increased after this. www.nightdrivers.se Members 2020: Patrick Rapp - Vocals / Guitar Mikael Backe - Vocals / Drums Peter Bergman - Vocals / Bass Dick Sörholm - Vocals / Piano