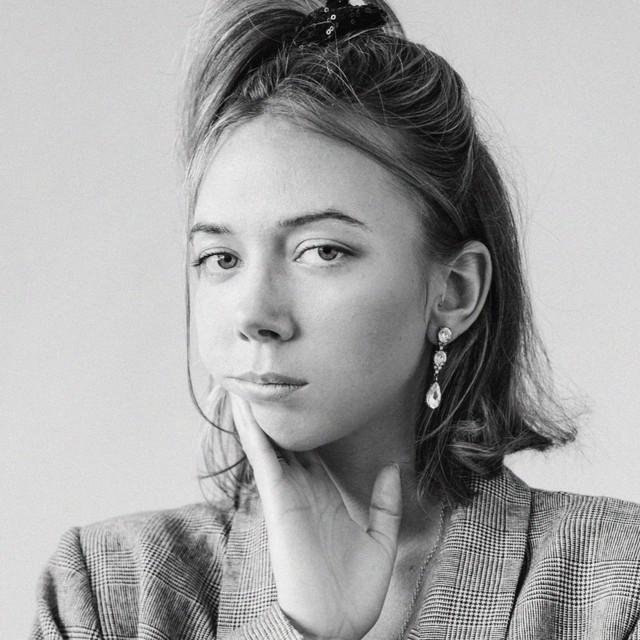 Ski Team is the solo project of Lucie Lozinski, an independent songwriter, singer, producer, and guitarist based in Brooklyn. Her music is most defined by vulnerability, both in songwriting and performance. "Ski Team was supposed to be me and my brother (two 'Skis), but he already had a band," Lozinski said about the formation of Ski Team. "So now it's me and any friends I pick up along the way." Her music is inspired by songwriters across genres. "Rhythm and vocals are all that matter to me. Sufjan Stevens, Big Thief, Beck, Gorillaz, Perfume Genius, The New Pornographers, Outkast—what they have in common is this ability to use voice as both a melodic and rhythmic instrument to make simple songs thick-knit and funky." In 2019, Lozinski met producer Bobby Renz in San Francisco. The pair recorded Ski Team’s first non-bedroom production, Don't Give Up (Yet), at Different Fur Records in the Mission District. Lozinski caught the attention of Los Angeles producer Scott Seiver through a Tenacious D concert, where Seiver was playing drums. She sent a demo on Instagram after the show. A few months and voice memo exchanges later, Lozinski teamed up with Seiver and Timothy Young to create full-blown indie pop single Knicks Suck. Ski Team's next single is a remote collaboration with contributors around the country (Paul Cartwright, Gabe Noel, Scott Seiver, and Garret De Block) to symbolize movement and community during a time when we all feel stuck. Out April 30.